Zenemon Sakakura | We deliver traditional pottery art of Japan to the world! (currency is the U.S.$) 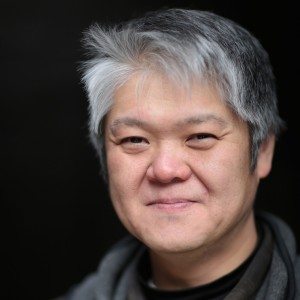 The 10th generation of the Sakakura-zenemon Kiln

Zenemon Sakakura kiln had continued since the Edo era until the grandfather’s generation. Though once closing down the kiln, in the year of 2000, the present generation of Zenemon Sakakura lit a fire again in the kiln after polishing his skill as a Hagi ware artist.
The present day Zenemon Sakakura was raised in Nagatominose, a town once thrived with the kilns appointed by the local feudal lord of the time. Later, he practiced in Mino region known for Mino ware and studied not only potteries but also other techniques of the formative arts. Combining the vivid colors with the gentle forms, his works are unique and can be described as the avant-garde. Meanwhile, his Hagi wares also possess the graceful traditional appearance in a proof that he has succeeded techniques continued from the Edo era.

“I wanted to revive Sakakura-zenemon kiln by my own hands. Through the creation of Hagi ware, what I hope to convey is its beauty when the clay merges with the glazing and also its astonishment when the kiln modulation pattern suddenly appears on the surface of the potteries. When I am working, I always make efforts in order to make the vividness of colors appear beautifully on the wares.”