13th Tahara Tohbe | We deliver traditional pottery art of Japan to the world! (currency is the U.S.$) 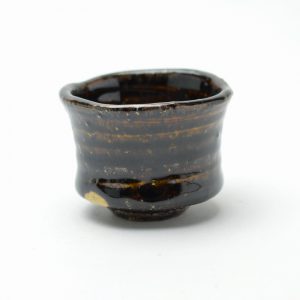 1975: Graduated from the Master’s program at the Musashino Art University.
He then studied under Shigetoshi Nakazato for two years in Karatsu.,
Saga Prefecture.

1980: Dedicated a couple of tea bowls for the renovation of Todai Temple.

1987: Became a member of the Yamaguchi Prefectural education and cultural visitation party and
visited Shangdong province in the People’s Republic of China.

1990: Selected for the Japanese Traditional Kogei Exhibition. Since then, he has been selected for
this award numerous times.
Received an Encouragement Award for promoting education and culture from Nagato City,
Yamaguchi Prefecture.
Became a member of the Nagato City Oversea Visitation Party and visited Australia.

1993: Became a full member of the Japan Kogei Association.

1999: Received an Encouragement Award from the Arts and Culture of Yanaguchi Prefecture.

2000: Interviewed for “Yakimono Tanhou” broadcast by NHK-BS.
Participated in the Hagiyaki 400 Years Anniversary Exhibition in Paris.