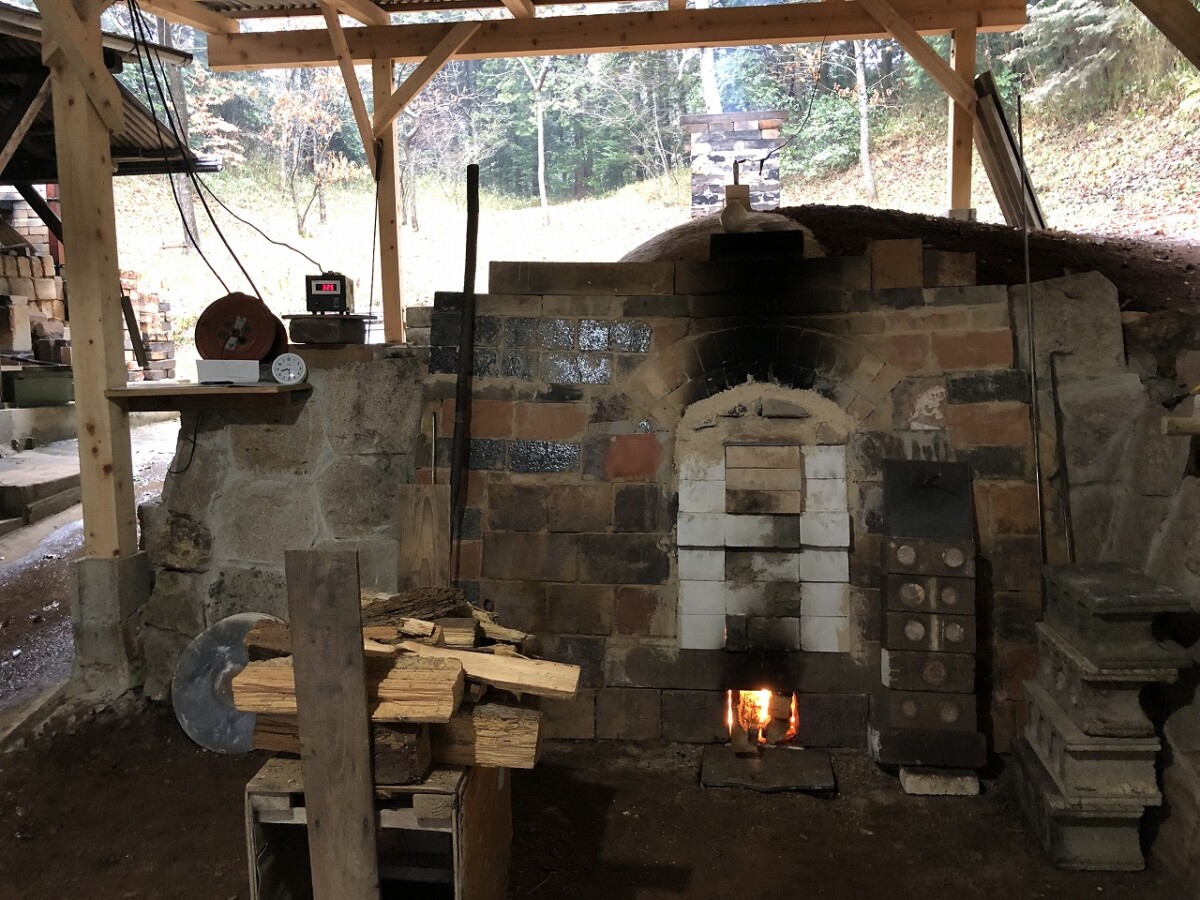 This is his first firing in a hole kiln “Anagama” since creating his own hole kiln in 2022.
Unlike firing in a climbing kiln “Noborigama” that takes about a full day, “Anagama” takes a long time to fire.
The works that can be taken from the hole kiln “Anagama” have an interesting works, the texture in the melting condition of the glaze and the covering condition of the ash are tasteful.
In this kiln, it took 3 days to fire, and 5 days later, his works were taken out from the kiln.

Since it was the first firing Anagama kiln, the glaze did not melt well depending on the place where it was placed, or the surface was swelled (the bulge of the glaze etc. caused the surface of the work to become terrible unintentionally.)
The success rate of making good work was bad, and it seems that there were some inprovement points for the next firing, such as adjusting the firing time and temperature, and the timing of adding firewood.
By repeating these trials and errors, we can enjoy the ceramic works.

However, in this firing, some interesting works that could not be seen in the usual climbing kiln were made.
Among them, a few works carefully selected by Mr. Yoshino and our shop will be sold at Hagiyakiya.
These are the first woodfiring works, so it will be very valuable.
Please take a look.